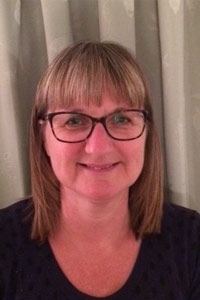 Kate qualified in 1991 from the Addenbrooke’s School of Physiotherapy in Cambridge. She completed her first two years of rotations at the Ipswich Hospital before moving into specialist neuro-physiotherapy rotations at the North Staffordshire Hospital. In 1997 she returned to Addenbrooke’s Hospital as physiotherapy lead for the Lewin Stroke and Neurological Rehabilitation Unit while also working on a research project with the Stroke Association. In 2004, she moved to Kuala Lumpur with her family and worked as a Lecture Practitioner, initially as a volunteer.

She returned to the UK in 2011 and since then has worked as a specialist neuro-physiotherapist in the Community Neuro Team in Cambridge, on the J2 Major Trauma Rehabilitation Unit at Addenbrooke’s Hospital and since 2012, with Cambridge Neuro-Physiotherapy.

She has completed an Advanced Bobath course and has a specialist interest in stroke, complex trauma with acquired brain injury and functional neurological disorder (FND). She is a member of the CSP and is registered with the HCPC.